Why Go to the International Polo Club Palm Beach

Equine enthusiasts have been playing polo, known as the Sport of Kings, for 2,000 years. And the International Polo Club of Palm Beach celebrates the historical sport annually during the high-season, South Florida's busiest time of year.

With a video crew, VISIT FLORIDA set out to capture the thundering excitement of a polo match at the International Polo Club, from the thoroughbred horses and the impressive athletes who ride them, to the glamour of the social elite who come to watch... and sip Champagne.

If you're into luxury travel options in Florida, check out the video - then book your trip! 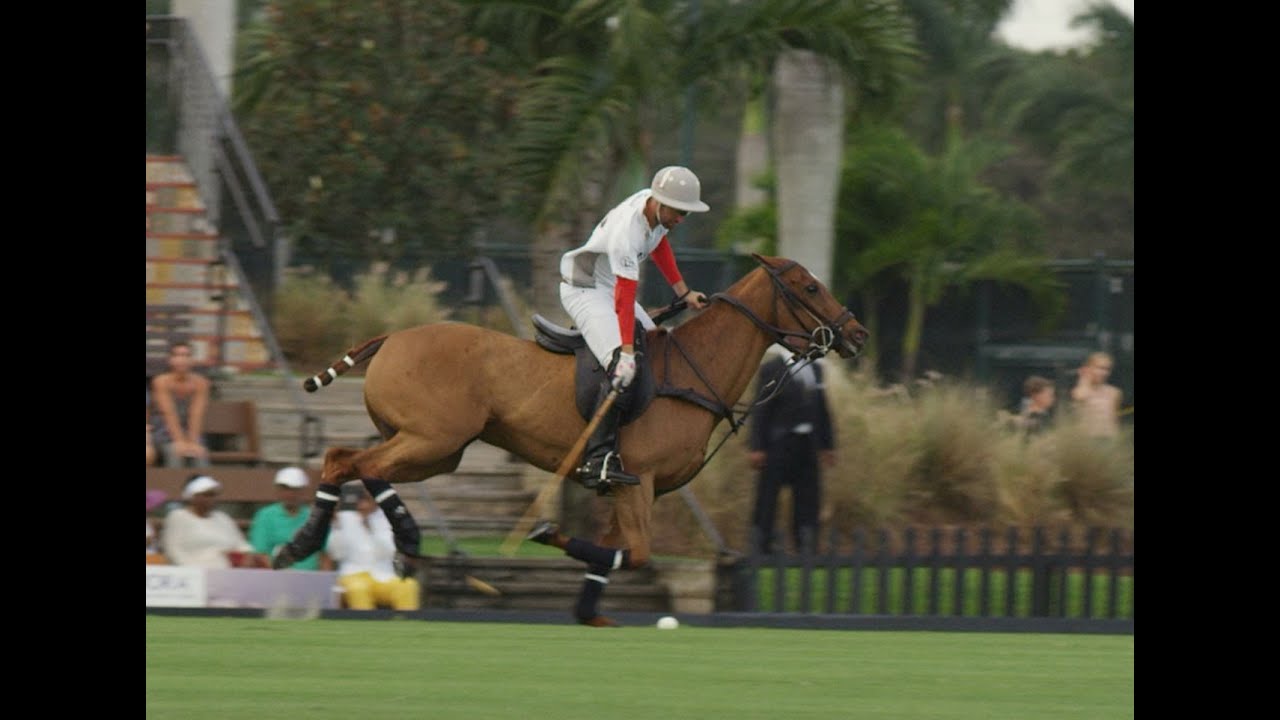 For 16 weeks out of the year, the world’s finest polo players and their ponies play the game in Wellington, Florida, known as horse country in Palm Beach County.

Matchups include 12 20-goal teams and eight 26-goal teams going head-to-head on the field, with the balmy Florida weather providing a picture-perfect atmosphere.

Most historians believe that polo originated in Persia as a way to prepare young horsemen for the rigors of war. The sport flourished throughout the 16th and 17th centuries, soon spreading to India.

The British picked up on the game in the 19th century and polo spread to the Americas soon thereafter. Today, the Sport of Kings is thriving, especially in Palm Beach.

While the polo match itself is the center of attention, the glamorous social scene surrounding the sport is important to note. On Sundays, the International Polo Club of Palm Beach hosts a luxurious brunch featuring more than than 80 delectable gastronomic selections, as well as live entertainment and free-flowing bottles of Champagne.

Emilie and Steve Wernick enjoy the show with Kara and Jeremy Franker at the International Polo Club of Palm Beach.

Polo matches are open to the public, with a wide range of seating that includes grandstand viewing, field tailgating, lawn seating, the aforementioned field-side Champagne brunch at The Pavilion and exclusive sponsor boxes.

You'll surely enjoy the spectacle of thoroughbred horses charging down the  field, the solid click of mallet on ball and the pop of Champagne corks. One of the most anticipated aspects of the match is the divot stomp, made famous in the movies by Julia Roberts in Pretty Woman.

“Every year, we have been able to take the entire polo experience up a notch,” says John Wash, International Polo Club president. “We couldn’t be more proud to be the home of the most prestigious tournaments in North America, the USPA C.V. Whitney Cup, the Piaget USPA Gold Cup, and the U.S. Open Polo Championship.”

Sunday polo tickets at the International Polo Club of Palm Beach start at $10 for general admission and go up to $120 for box seating. Sunday Brunch at The Pavilion during January-February is $100, and the Reception Pass is $55. For March-April, pricing increases to $120 for Sunday Brunch, and $65 for the Reception Pass. The Veuve Clicquot Champagne Brunch (for two) is priced at $300 for January-February, and increases to $330 during March-April. Advance ticketing and reservations are highly recommended, and are available for purchase online at InternationalPoloClub.com.